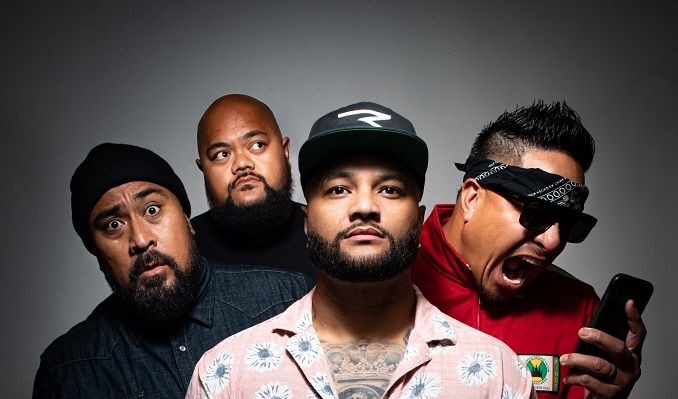 The majority of Common Kings were born in the South Pacific, and raised in Orange County, California. Growing up with households full of colorful personality and vibrant passions for music, Common Kings’ members naturally grew up forming individual musical paths. This musical journey involved mimicking and listening to artists such as Van Morrison, Stevie Wonder, George Benson, Jim Croce, Michael Jackson, The Who, Led Zeppelin, Gypsy Kings, Earth Wind and Fire, Bob Marley and more. The culmination of these musicians explains exactly who the Common Kings are.

Where everything comes to a point is through lead singer Sasualei “Junyer King” Maliga.  Junyer King is perhaps one of the most impressive vocalists amongst today’s leading artists. Born with this untrained raw-talent, Junyer King’s singing ability seems boundless, as he amazes listeners with a wide range of belting notes and soulful passion. His humble demeanor off-stage needs no introduction as to when the band is rocking out on-stage creating a young, wild, and free atmosphere.

With the success of their album ‘Lost In Paradise,’ added to their recent achievement of reaching 500,000 single downloads, along with their remarkable touring accomplishments (providing direct support for major acts such as opening two sold out shows for Bruno Mars at Aloha Stadium in November, Justin Timberlake’s 20/20 World Experience Tour, Meghan Trainor’s Untouchable Tour and Matisyahu’s 2017 Fall Tour), Common Kings keeps the momentum alive after releasing their critically acclaimed latest EP ‘One Day’ on August 10th, 2018. The band toured nationally in support of their new EP in February 2019 and just finished providing direct support for Sublime w/ Rome on their 2019 Blessings Tour throughout the U.S.

Official WebsiteTwitterFacebook
*Service and handling fees are added to the price of each ticket.